The Original Penguin ( also just known as penguin) is an American apparel company, they started out making underwear, but in the 50 s there was a boom for casual wear, company’s like Lacoste were bringing new styles to the states & people wanted more, sensing a place in the market for an American style casual clothing brand, Munsingwear as they were known then asked a salesman to come up with a name for the brand, when he arrived he was carrying a stuffed penguin, at the meeting was Len Birnbaum, who was a director at Munsingerwear, they decide to name their shirt after the stuffed penguin, Munsingerwear made their own T-shirts already & the machines they used produced the same kind of material Lacoste used for their shirts, with having no import costs, they could make a shirt of the same quality a sell it at a lower cost but still make money, the shirt was designed for golf players, they added a under-arm action gussets, and moved the pocket to the right breast pocket, it was success, people like Bob Hope & Bing Crosby who were avid players of golf, wore the new shirt this gave it great publicity, Original Penguin became a house hold name. 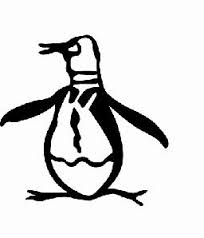 The Original Penguin is no longer owned by Musingerwear but the name still appears on the label, Penguin today make high-end casual wear for lady’s & men they specialize in polo shirts,knitwear,jackets,shirts,trousers,accessories even eye wear, their style still has a sporting feel to it, but it’s now really just a casual apparel label, which design very vibrant pieces that are very chic. their polo shirts have not changed much, the most famous of their polo shirts is the Earl, its 100 % cotton the fabric has knit print, it comes with a breast pocket , the most striking feature of the Earl is it has piping around the placket & the edges of the sleeve & the collar, all in the same color as the embroidered penguin motif. 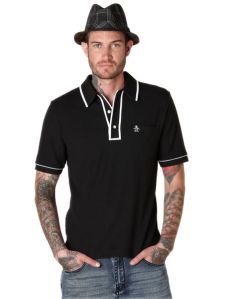 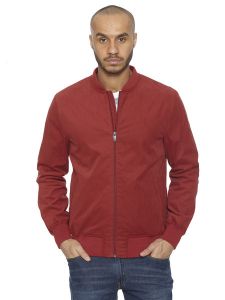 Penguin has gone through some changes since the 50 s, they were sold to Perry Ellis in 1996, they relaunched the brand in 2003 with a brand new collection, it still gains a cult following today.they have stores all over the US & around the world, its sold in Original penguin stores but its all sold by independent stores under licence, Original Penguin also has its own online store.

Penguin is still worn by golf players, with it now owned by Perry Ellis the official PGA sponsor, they sponsor about 12 players like Aron Bradley.

I have owned a few pieces of Original Penguin over the years, they are hard wearing & very stylish, my freinds all ways complement me when I wear a Penguin piece, to me they are well worth the investment, if looked after properly they will last you a life time.

BE BOLD BE PROUD

This site uses Akismet to reduce spam. Learn how your comment data is processed.